Snapshots from our Legacy

Nearly twenty years ago, Public Advocates filed an education lawsuit with co-counsel that resulted in a far-reaching and impactful victory that continues to shape the educational experience of 6 million public school students in California. It was a class action lawsuit filed in San Francisco Superior Court in 2000 on behalf of 100 San Francisco students, including a San Francisco 6th-grader named Eliezer Williams.

Eliezer Williams, 6th grade student at San Francisco’s Luther Burbank Middle School, one of the 100 students who joined the suit from around the state.

Eliezer and his fellow students’ complaints were clear and forceful – that the state and its education agencies, including the California Department of Education, had failed to provide them equal access to safe, decent school facilities, qualified teachers and the instructional materials they needed to learn – materials as basic as textbooks.

The complaints coming from public schools were shocking: a math class interrupted by rats, classrooms so hot that students would faint, students who went years without being able to take a textbook home to study, classes that continued for an entire year without ever being assigned a teacher.

Public Advocates’ Managing Attorney John Affeldt represented Public Advocates as a lead co-counsel on the Williams case with attorneys from the ACLU, Morrison and Foerster and the Mexican American Legal Defense and Educational Fund. Affeldt served as lead counsel on teacher quality aspects of the case. Students and their parents in the case led a groundswell of community outrage over the school conditions they were facing. 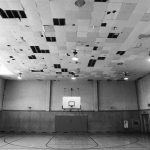 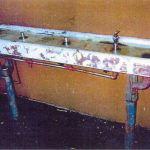 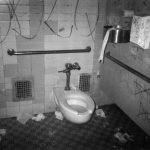 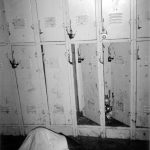 In 2004, after a hard-fought fight that lasted four years, the plaintiffs and the State of California reached a settlement. 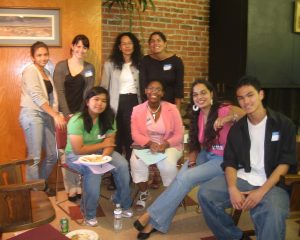 Williams Youth Convening, August 24, 2006. In the back row, far right, are Liz Guillen and Tara Kini, two Public Advocates staff attorneys working with students on the settlement at that time.

The settlement established for the first time that all students have a right to textbooks of their own, to clean, safe and functional schools, and to trained teachers, particularly as concerns English learners. It provided nearly $1 billion in funding to help the lowest-performing schools meet these new standards. To ensure ongoing accountability for delivering on the its promises, the settlement also created a legal tool for parents and community members to use when students are denied adequate books, decent school facilities, or qualified teachers. That tool is still used and to this day, by law all classrooms must post information about how students and parents can file complaints under the Williams settlement.

Eventually, the Williams settlement was fully implemented through a series of new state laws. According to the CA Department of Education, one of those laws stipulates that certain levels of service must be maintained by California school districts in the service of students, their parents and guardians, and local educators. The settlement also established regular formal monitoring for “Williams” issues, and it created complaint procedures for anyone with concerns regarding compliance to the laws. 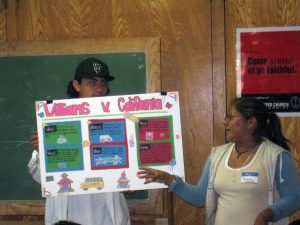 Students working on the Williams case.

Nine years after the settlement, the authors of a report called Williams v. California: Lessons from Nine Years of Implementation noted that “remarkable progress’ had been made in improving California’s public schools under Williams, stating emphatically that “Williams is working.” (ACLU Foundation of Southern California, author Sally Chung).

According to the report: “Students have received hundreds of thousands of books and instructional materials that would not have been put in their hands without Williams reviews of their schools. The number of classes taught by mis-assigned teachers has plummeted. County offices of education also report that fewer school sites than ever before present emergency threats to the health and safety of students or staff.”

In 2021, California modified the law for monitoring to revise the formula for determining schools for regular review. Throughout the filing of the lawsuit, and to this day, Public Advocates has been involved in ensuring that the Williams v. California victory delivered on its promise.

“Ensuring all students have the basic resources to succeed is as important now as it has ever been.”

During 2022, provisions of the Williams settlement, explained Affeldt, allowed for Public Advocates and our community partners to advance the advocacy around teacher quality: “Teacher shortages are on the rise. Having the right under Williams to update the schools that the state must inspect for compliance is important because it allows us and our community partners to ensure the schools list includes those with staffing shortages.”

Public Advocates takes to heart its mission to win tangible legal victories that serve to dismantle systemic racism and discrimination, and to make sure they’re monitored and enforced. The settlement of Williams v. California is just such a victory that continues to provide opportunity and quality education for millions of students in California.

For more information about Williams v. California, see the following:

Featured photo: Eliezer Williams with Gov. Arnold Schwarzenegger at the signing in 2004.